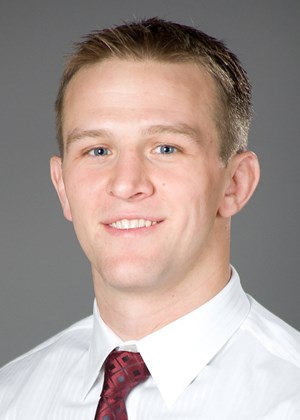 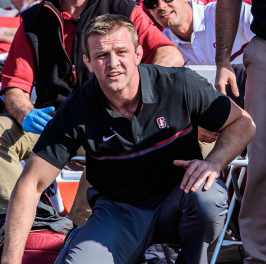 Ray Blake, a former Cardinal standout, begins his fourth season as an associate head coach and his 14th overall on the Stanford staff in 2020-21.

During Blake’s coaching tenure on The Farm, Stanford has sent 32 different wrestlers to the NCAA Championships a total of 61 times. The Cardinal set a program record in 2017 with nine NCAA qualifiers. He has helped coach12 All-Americans to 15 total honors, meaning more than half of Stanford’s All-Americans (23 all-time) have been mentored by Blake.

Four of Stanford’s six top 20 finishes at the national tournament have come with Blake on staff. The Cardinal’s best finish of 11th came during the 2011 campaign in Philadelphia. It was the first time Stanford produced three All-Americans in the same season (Ryan Mango, Nick Amuchastegui and Zack Giesen). The Cardinal followed up its 2011 record-setting year by turning in the program’s third-highest NCAA Championships finish in 2012, when it placed 16th in St. Louis. The 11th-place finish in 2011 combined with the 16th-place finish in 2012 mark the only time in school history the Cardinal has posted back-to-back top-20 NCAA finishes.

Stanford has also seen success at the conference tournament with Blake on staff, including winning the program first Pac-12 team title in 2019. The Cardinal has also twice finished as the runner-up (2014 and 2017) during Blake’s time on staff. Stanford has produced 21 of its 34 individual Pac-12 champions (since 1978) with Blake’s help. The Cardinal crowned a school record four individual champions in 2014. Stanford has also had four Pac-12 Newcomer/Freshman of the Year recipients and two Pac-12 Wrestlers of the Year under Blake.

Stanford has amassed 126 dual wins during Blake’s time on the staff. The 2014 team had a regular season to remember, finishing with a 17-5 dual-meet mark, breaking a 39-year-old record for wins in a season.

Highlighting Stanford’s individual success during Blake’s tenure is Nick Amuchastegui. A four-time NCAA qualifier, three-time All-American and the school’s only two-time NCAA finalist. Amuchastegui was twice named Capital One/CoSIDA Men’s At-Large Academic All-American of the Year and was a four-time NWCA Scholar All-American. The 2012 Pac-12 Wrestler of the Year, he was also the Pac-12 Scholar-Athlete of the Year for wrestling in 2012, and twice earned the NCAA’s Elite 89 Award for Division I wrestling (presented to the wrestler at the championship site with the highest GPA). In 2020, redshirt freshman Shane Griffith was named the Pac-12 Wrestler and Newcomer of the Year and was a finalist for the Hodge Trophy – just the second in school history and first during Blake’s tenure.

Off the mat, Blake assists in several administrative roles for the team, including a large presence on the Cardinal’s social media channels. Following the 2013-14 season, he was named the Social Media Assistant Coach of the Year by Elite Level Sports Marketing and the National Wrestling Coaches Association.

As a student-athlete, Blake captained the Cardinal squad in 2005-06. The 165-pounder capped off his 41-win senior campaign with his first NCAA Championships appearance and a No. 12 national ranking.

Blake earned Pac-10 All-Academic honorable mention accolades in his final season and placed third at the 2006 Pac-10 Championships. He also won the department’s 2006 Jake Gimbel Award, presented to the male senior with the best competitive attitude at the Stanford Athletics Board Awards ceremony.

Blake finished his career at Stanford with a 51-18 record, and graduated with a degree in psychology in 2006. He and his wife, Shoney, a former Stanford softball player, have three sons – Kieran, Niall and Caelan.