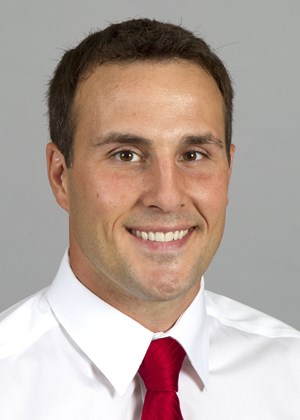 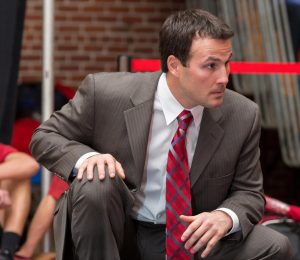 Jason completed his 12th season as Stanford’s head wrestling coach in 2019-20. Over the past 12 years, the Cardinal has sent 30 different wrestlers to the NCAA Championships a total of 57 times. In 2016-17, Stanford set a program record with nine NCAA qualifiers.

Borrelli’s wrestlers have garnered a total of 13 All-America honors and 20 individual Pac-12 championships. Borrelli’s 20 conference champions are the most during any 12-year span in program history. Borrelli led the Cardinal to the program’s first Pac-12 Championship in 2019 and was named the Pac-12 Coach of the Year.

In his first 12 years, Borrelli has guided the Cardinal to 117 dual meet victories, making him the program’s all-time winningest coach. The 117 wins are the most victories during a 12-year span in Stanford wrestling history.

In 2011, Borrelli’s squad put together the best NCAA Championship run in school history, scoring 44 points and finishing in 11th place while crowning three NCAA All-Americans. The 11th-place finish and the three single season NCAA All-Americans are both program records. The Cardinal followed up its 2011 record-setting year by turning in the program’s third-highest NCAA Championships finish in 2012, when it placed 16th at the national tournament. The 11th-place finish in 2011 combined with the 16th-place finish in 2012 mark the only time in school history the Cardinal has posted back-to-back top-20 NCAA finishes in wrestling.

In 2014, Stanford had a regular season to remember, finishing with a 17-5 dual-meet mark, breaking a 39-year-old record for wins in a season. The squad finished runner-up at the Pac-12 Championships, equaling a program-best and tied a then-school record for most national qualifiers in a single season, sending five wrestlers to the NCAA Championships. Of the five NCAA qualifiers, four won individual Pac-12 championships, which is also a school record.

The 2020 NCAA Tournament was shaping up to be a record-setting event for the program before the season was cancelled due to the COVID-19 global pandemic. The Cardinal qualified five wrestlers for the championships, including four freshmen – most by any school in the nation. Redshirt freshmen Real Woods (141 pounds) and Shane Griffith (165 pounds) were both awarded No. 3 seeds and, along with redshirt junior Nathan Traxler (197 pounds), were named All-Americans by the NWCA – just the second time the Cardinal produced three All-Americans in the same season. Griffith, who posted an undefeated season, went on to be named Pac-12 Wrestler and Newcomer of the Year and a finalist for the Hodge Trophy – just the second in school history and first under Borrelli.

Highlighting Stanford’s individual success during Borrelli’s tenure is Nick Amuchastegui. A four-time NCAA qualifier, three-time All-American and the school’s only two-time NCAA finalist. Amuchastegui was twice named Capital One/CoSIDA Men’s At-Large Academic All-American of the Year and was a four-time NWCA Scholar All-American. The 2012 Pac-12 Wrestler of the Year, he was also the Pac-12 Scholar-Athlete of the Year for wrestling in 2012, and twice earned the NCAA’s Elite 89 Award for Division I wrestling (presented to the student-athlete at the championship site with the highest GPA).

Off the mat, Borrelli’s teams have thrived academically. Since 2009, the Cardinal has finished in the top-16 among all Division I programs in the National Wrestling Coaches Association (NWCA) team GPA standings each season finishing third, sixth, 12th, sixth, third, eighth, seventh, 16th, 11th, fifth, fourth and sixth, respectively. Borrelli has mentored 23 NWCA Scholar All-Americans (44 total awards), including four four-time recipients in Amuchastegui, Dan Scherer, Nathan Butler and Paul Fox. At the conference level, Stanford has had 50 wrestlers earn 98 Pac-12 All-Academic honors under Borrelli’s tutelage, while Kyle Meyer earned a Pac-12 Postgraduate Scholarship following the 2014 season. The Cardinal has also had five Pac-12 Scholar-Athletes of the Year during Borrelli’s tenure.

Borrelli has proven to be one of the finest recruiters in the nation as well. In seven of the past 12 seasons, the Cardinal has landed nationally ranked recruiting classes in Intermat’s top-25, with six of those classes falling in the top-15. The 2018 class was the highest in program history at No. 7, while the 2014 class was tabbed ninth overall by Intermat.

In addition to his coaching duties, Borrelli served on the NCAA Division I Wrestling Committee for five years. In 2010, Borrelli graduated from the NWCA’s inaugural Leadership Academy; a program designed to equip collegiate coaches with the necessary skills to lead a successful program. In the summer of 2015, Borrelli was invited back by the NWCA as a mentor for future participants.

A former Central Michigan standout, Borrelli came to The Farm as an assistant coach in 2008 and quickly helped guide the Cardinal to one of its most successful seasons in school history. As a team, Borrelli and the staff led Stanford to a 19th-place finish nationally, matching then the program’s second-highest finish in school history and just its third all-time top-20 finish (at the time). Owning two of the conference’s four All-Americans, the Cardinal’s 19th-place finish was the best in the Pac-10.

Prior to coming to Stanford, Borrelli served on the Central Michigan coaching staff. In his first year with the Chippewas, the program won its ninth consecutive Mid-American Conference Championship. The squad ended the season ranked fifth in the final dual meet rankings and finished 15th at the NCAA Championships. Borrelli also helped guide three CMU wrestlers to All-America honors during the 2007 season.

A Mt. Pleasant, Michigan native, Borrelli was a two-time Michigan state champion in high school before beginning his career at Central Michigan in 2001. A four-year starter at 125 and 133 pounds, he was part of five consecutive team Mid-American Conference (MAC) championships. As a junior in 2005, he captured the 133-pound MAC title. Borrelli qualified for the NCAA Championships at 133 pounds twice, in 2005 and 2006, and captained the Chippewa team as a senior. A four-year NWCA Scholar All-American, Borrelli graduated from Central Michigan in December 2005 with a degree in business administration.

Borrelli and his wife, Jenna, were married in July 2009 and reside on Stanford’s campus. They have three sons, Carter, Lincoln and Jackson.